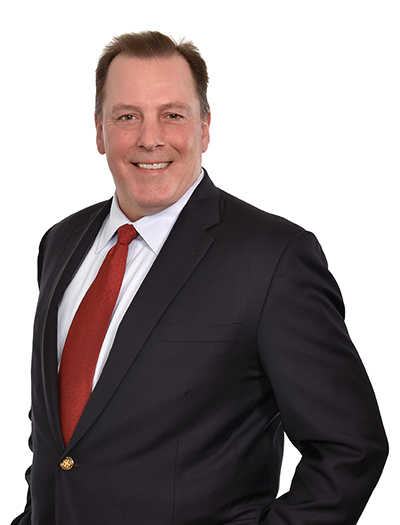 When you have a problem involving IP, you need someone who has seen it all and more. Developed over more than twenty-five years of private and corporate practice, including ten years in-house with the Henkel Group and more than fifteen years in private practice, Glenn’s experience has touched on most every aspect of intellectual property practice. Drawing on this experience, he seeks to understand his clients’ business goals and to leverage their intellectual property assets in pursuit of them.

Glenn’s current practice primarily focuses on building and managing domestic and international utility and design patent portfolios and opining on the validity and infringement of U.S. patents. In addition to drafting and prosecuting patent applications filed in the U.S. and foreign patent offices, Glenn has briefed and argued before the U.S. Patent Office Board of Appeals, assisted with the preparation and argument of appeals before the U.S. Court of Appeals for the Federal Circuit, and assisted with the conduct of bench and jury trials in the U.S. District Courts and the U.S. International Trade Commission. He has provided due diligence and advice in acquisitions, divestments, licenses, and other transactions involving intellectual property rights. He has particular experience in building and managing domestic utility and design patent portfolios for non-U.S. clients.

After receiving his B.S. in chemical engineering in 1984 from the Pennsylvania State University, Mr. Murphy worked as an engineer for the Cochrane Division of Crane Company, designing and delivering large-scale water treatment systems for industry. In 1990 he received his J.D. with honors from the University of Pittsburgh School of Law, where he served as an editor of the school’s Journal of Law and Commerce and received the Faculty Award for Excellence in Legal Scholarship.

Mr. Murphy is a member of RatnerPrestia’s Biotechnology, General Chemistry and Polymers and Pharmaceutical Chemistry Groups.